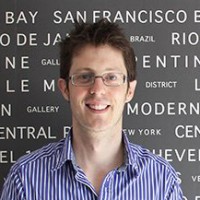 We recently came up against a very annoying intermittent issue with Google recaptcha. Intermittent issues are always the hardest to diagnose and fix and can have you thinking you've solved the problem when in fact it's just gone away temporarily only to reoccur and wind you up another day.

Recaptcha is a tool run by Google to help prevent spam form submissions. It used to take the form of asking you to type something into a box, or tick a box to confirm you're "not a robot", and now a days it will show you some photos ask you to tick all the squares that contain traffic lights or similar. Invisible ReCaptcha only shows to the user if they think they seem suspicious, and the very latest version of Recaptcha will mark a submission based on a scoring algorithm and just not submit a form which it classes as too spammy. This latest version is seen by many as a step too far as it's completely a case of "computer says no" without a user being able to correct it.

For a client recently we were periodically getting the error message popup from Recaptcha saying: "Cannot contact reCAPTCHA. Check your connection and try again."

After doing quite a bit of research into the subject I found this post which suggested that perhaps hiding the recaptcha logo is the cause of the problem.

The 3rd party library we were using offered this as a config setting, however I've also found another post on stackoverflow which suggests that the method used to hide the logo in this library infact stops the spam checking working at all! This isn't something we'd found, but incase it's the cause of the intermittent issue we've turned the logo back on again.

I'm not sure if this will fix our issue, but so far so good. If it comes back I'll let you know.

Tom, Technical Director at 18a, has a degree in Computing and Information Systems and 20 years of commercial coding experience building websites, applications and tools for government departments and businesses all over the world. It was during his third year at university whilst working in industry that he discovered his passion for the web and hasn't looked back since.