Everything you need to know about 5G: the next generation wireless network 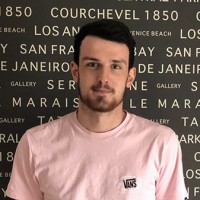 Short for fifth-generation mobile networks, 5G is simply that, the next generation of networks that we use to communicate via calls, texts and browsing the internet (when not connected to Wifi) on our smartphone and tablet devices. The introduction of 5G is set to succeed the previous generation known commonly as 4G.

What speeds should we expect?

5G is expected to bring us broadband equivalent download speeds, theoretically being able to deliver over 1Gbps, although there have been reports that Samsung has achieved 7.5Gbps and Nokia claiming its achieved an impressive 10Gbps. Network latency or lag should be reduced down to 1ms, compared to the 45ms currently on 4G.

Exact speeds are expected to vary depending on which technology ends ups being implemented with the network rollout. Other factors such as signal strength and network load will also come into play.

What benefits will 5G actually offer the user?

There are multiple benefits that 5G should offer in theory:

When does it arrive?

At current, no 5G-ready smartphones or tablets are available on the market. However, there are claims that the new network could be arriving in countries such as South Korea, China, Japan and the US in late 2018 or early 2019. With mobile network providers including Vodafone, Verizon and AT&T already said to be trailing the network and with announcements that the likes of Samsung, Sony, LG, HTC and others are working with Qualcomm, the chip manufacturer, to bring out 5G-ready devices to the market next year. We can likely expect 5G to arrive within the next 12 - 18 months. However, people in the UK may have to wait a little longer.

When does it arrive in the UK?

There is a bit of a delay for UK users, with the planned rollout not being until 2020 according to statements from some network providers and the governments 5G strategy and this is just for the start of the roll-out, widespread coverage may not occur until 2022 or later.

There is a chance that providers will be offering the network sooner than expected, with EE claiming back in February 2018, that 5G was just 18 months away, indicating a live UK network could exist in 2019.

While there is a lot of discussion around 5G at present, not everything is confirmed and with the standards ever evolving, along with ongoing tests and smart devices in the making we will know a lot more about the next generation network as 2020 draws closer.