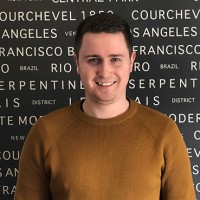 Back in October 2018, Google announced that it'd be shutting down the consumer version of Google+, and on 2nd April 2019, Google+ was officially shut down for business and personal use, due to a low user engagement and design flaws in the software. A couple of weeks later, it was announced that Google+ would be rebranded to Google Currents, which was launched earlier this month for G Suite clients. With home working becoming a way of life for many over the past few months, team communication and remote collaboration have never been so important to many companies. It is estimated that in April of this year, 60% of British workers reported to be working from home, with much more reliance on communication tools such as Zoom, who reported an increase in subscribers of around 350% this year alone. So, is the newly launched Google Currents able to compete in an already saturated market, or are there more viable options already out there that companies should utilise if they're not doing so already?

What is Google Currents?

Google describes it's new Currents platform with the tagline “Engage employees. Have meaningful discussions. Stay current – together.” - what this means in reality is that it's a social network for employees across an organisation to have discussions. Unlike some other communication platforms, such as Slack, it isn't a standalone product and therefore doesn't have a free version - it is included in all three tiers of Google's G Suite, which starts from £4.14 per user per month for the basic package, up to £20 per user per month for the Enterprise package, although it does come with a free 14 day trial. The likelihood is the majority of companies that use G Suite would only ever need the basic package. As expected from a Google product, it has a easy-to-use user interface that will feel instantly familiar to anyone with experience of using other Google products, such as Gmail and Calendar. It also allows the sharing links, images and content from Google Drive accounts. There is also the ability to use custom streams to target certain employees, as well as tracking engagement of posts.

For companies that already utilise G Suite and its features, using Google Currents is the logical thing to do, considering how seamlessly it appears to fit in with the other products included in G Suite. G Suite is widely used by many companies big and small, including Uber, Airbnb and Spotify. However, there may be more viable options for those companies not using G Suite that may be more fit for their company structure, particularly if they don't require all the added products that come with G Suite.

When Google+ was first formed, it was aimed as a potential competitor to social media platforms like Twitter and Facebook, however Currents is more of a resemblance of Slack and Microsoft Teams. Slack is a very easy-to-use alternative collaboration tool that helps employees to stay engaged and aids productivity. The basis of Slack is it's Channel functionality - individual channels can be set up for different topics, which can be very useful for companies like ourselves here at 18a Productions that work on a lot of different projects with different clients, so all discussions around a particular project can be isolated to an individual channel. There is the ability to share files securely, access chat history, voice and video calling, and also the ability to collaborate with teams at other companies in the same way as you do with teams at your own. You can also seamlessly integrate with third party apps, such as Beanstalk, JIRA and Asana to increase productivity. The added bonus of Slack is that there is a free tier with an unlimited time period for companies to try it out, although in the long term it would be worth upgrading to a paid package (starting from £5.25 per month) to be able to access Slack's premier features, such as working with other organisations, multi-participant video and voice calls (rather than just one-to-one), and access to your entire message history (the free tier only allows you to view the 10,000 most recent messages sent by your team, which can fill up very quickly).

Slack is an ideal, lightweight collaboration solution, and would be best utilised by smaller companies as a replacement for emails - it provides a combination of all the best messaging platforms, with instant messaging, calls and file sharing all in one clean and easy-to-use platform. Take fictional “Company B” - a small software agency with remote workers, that need one central place for all communication but already have their general workflow practices in place  - Slack would be the perfect solution. It differs to G Suite and Atlassian (which I'll discuss shortly) because it doesn't come with an abundance of extra tools, it is simply a communication platform suited to desk workers.

Atlassian is one of the market leaders when it comes to software development and collaboration tools. Although they don't offer a direct competitor to Google Currents or Slack, they do provide other products that may be more beneficial to an individual company's needs. All Atlassian products complement each other really well, and are great for project management and organisation, particularly when working in an Agile environment. The two products they offer that most closely resemble the aforementioned software is Trello & JIRA. Trello is a lightweight visual project management tool, which we use a lot here at 18a Productions. It offers the ability to create boards and cards to cater for your own needs, that you can progress through the software lifecycle, being able to collaborate with other team members by adding comments, labels and files to the individual cards. Trello offers a free pricing tier, which would be sufficient for many small businesses, before starting from £9.99 for the paid plan. An alternative that Atlassian provide is JIRA - “the #1 software development tool used by agile teams”. It is rich in features and is a great solution for larger teams that are continuously deploying in an agile project. Although there is a fair bit of overhead to set it up to cater for your teams individual needs (such as workflows, release and boards), in the long run it's worth the time investment as it makes collaborative working much easier and is an excellent tool overall.

The Atlassian products are primarily aimed at software companies of all sizes - for example, a restaurant chain that requires better communication between its general managers probably wouldn't use JIRA or Trello. However, it is ideal for development teams of all sizes - smaller development teams that work closely with clients, like us here at 18a Productions, could use these tools and also allow clients to access them, allowing for one professional, central location where both the development team and the clients can track the progress of sprints and support tickets. Also, a bigger development team would find use in these products - for example, “Big Dev Team A” might outsource their QA to external companies, and JIRA and Trello would allow both “Big Dev Team A” and the external QA team to communicate efficiently and effectively.

Want more of the good stuff?

Yapster is a great alternative if you're looking for a lightweight, easy-to-use, cheap collaborative communication tool. It describes itself as “ mobile communication platform which unleashes the hidden potential of deskless organisations” and is used by multiple companies, including the likes of Wagamama and Krispy Kreme. It provides both a free mobile app and a free desktop app, so you can collaborate both on your PC and on-the-go. It is similar to Whatsapp in that you can send text, videos and photos in a safe online workplace, either in groups or 1-to-1.

From a software development perspective, it won't provide you with an abundance of features like Atlassian or Google, but if you're simply looking for a product to improve team communication then Yapster could well be a good choice, particularly with a free tier that would be sufficient for a lot of small businesses. This makes it an attractive proposition to companies such as restaurant firms, where for example area managers are able to communicate with the local store managers, and local store managers are able to communicate with their waiting staff and chefs. Yapster is specifically designed for deskless industries such as retail, leisure and hospitality so would make an ideal solution for companies in those sorts of fields.

Microsoft Teams is the Microsoft equivalent to Slack, and was created as recently as 2016. Teams offers much of the same functionality as it's competitors - the ability to send direct messages, collaborate in channels and screen sharing during video calls. It is rich in features, and ties in nicely with the other Microsoft products such as Sharepoint. Teams can either be purchased and used individually, with an attractive free pricing tier, and it is also included in all of the Microsoft 365 Business packages, which include handy tools such as Microsoft Office and OneDrive - essentially Microsoft's equivalent to Google's G Suite. In general, Microsoft's products, and in particular Microsoft Teams, are very popular. However, Teams may be best utilised in a Microsoft-centric environment, and can be quite challenging to set up before the collaboration begins.

Iszy isn't a tool for day to day communications, but it has the different perspective of keeping your team united by asking them to contribute content - whether that's an idea for a blog post or photos for Instagram as they go about their work. It can also be used as a community tool so that you can run internal events, such as a photography "View from your desk" competition and reward contributors.

Flock is very much a direct competitor to Slack, and offers an alternative solution to remote communication and collaboration. In terms of pricing, Flock is competitive and offers three tiers - a free tier which is recommended for smaller teams, a “Pro” tier for midsize companies at $4.50 per user per month, and an “Enterprise” tier at $8 per user per month. To put this into perspective, Slack's cheapest paid package is $6.67 per user per month, nearly 50% more than Flock's. In terms of value for money, Flock offers many of the same features that Slack does, particularly in the paid tiers, such as group video calls, unlimited 1-1 and group messages and an unlimited number of channels. The free tier also allows up to 20 participants in video calls, whereas Slack's free tier limits this to just two. The user interface is similar to that of Slack, although generally is a bit busier and harder to navigate around than Slack's slick UI. Flock would be a great tool for smaller office companies, such as those in the IT industry, as it provides a great platform to enhance collaboration and communication for a modest price.

Which is right for you?

As you can see, there are many alternatives to Google's new product, Google Currents, and whether it turns out to be as successful as others such as Slack and Microsoft Teams still remains to be seen. Unfortunately though, there isn't a one-size-fits-all approach to collaboration tools, hence why there are so many on the market, and while something like Yapster may be sufficient for some smaller businesses, it doesn't provide the plethora of resources that the Atlassian or Google solutions offer. If none of the products mentioned above provide you with what you require, you could also look into Asana, Chanty and Flowdock, all of which may provide an alternative solution to your needs.

Matt is a Project Manager and Backend Developer at 18a Productions, the agency behind TalkingWeb.